The British Hotel has stood as a witness to some of the most important events in western Quebec’s, and indeed, Canada’s history 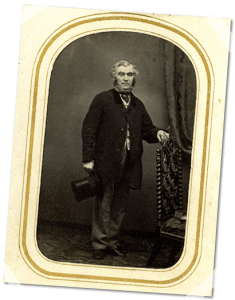 Built in 1834 by Robert Conroy, the British Hotel has stood as a witness to some of the most important events in western Quebec’s, and indeed, Canada’s history.

The British has been an inn for weary travellers passing through Aylmer to take the steamboat up the Ottawa River, a venue for world-class music, and a gathering place for Canada’s post-Confederation elite. Its 180-year-old walls have sheltered prime ministers, senators, country music stars, royalty, Quebec legends, and even a few alleged assassins on the run.

In 2014, a group of local entrepreneurs undertook painstaking renovations and restoration work to return Canada’s oldest hotel, as well as the old Provincial Bank of Canada building next door, to its former glory.

Made of stone and wood, with walls four feet thick to keep out the intense Canadian cold, the original hotel was made up of the west half of the current building. It was built in the Georgian style, but with Quebec influences, such as the dormer windows, elevated front steps, and side chimneys.

The east side of the current building, which now houses the British Pub, was once a stable where patrons could rent a horse or carriage during their stay. People would lead their horses into the stables through the stone arch, or porte-cochère, at the main entrance before enjoying a drink or meal next door. In fact, the historical displays along the west wall of the Public House used to be open windows through which travelers could keep an eye on their horses while they enjoyed a pint by the fire.

Aylmer’s first municipal elections were held at the British in 1847. Some even believe these were the first democratic elections of any municipality in the British Empire (outside England). The first Aylmer municipal council meetings also took place at the British. After the meetings, legend says the mayor would climb to the veranda to give the news to the people waiting outside.

During the late 19th-century, no other Canadian hotel could compare with the British. It was known throughout North America for its hospitality and its clientele.

In 1860 the Prince of Wales (future Edward VII), who came to lay the first stone of the future Parliament Buildings in Ottawa, attended a ball at the British in his honour and then “addressed the population” before continuing his Canadian journey.

Canada’s first prime minister Sir John A. Macdonald sipped a beer at the British, while his successors Mackenzie Bowell and Sir Charles Tupper stayed in the luxurious rooms upstairs. Famous French-Canadian strong man Louis Cyr is also said to have been a regular patron.

The night of Thomas D’Arcy McGee’s assassination, four strangers arrived suddenly at a party at the British. They rushed into the room leaving their exhausted horses frothing at the mouth at the entrance. The group sat nervously drinking and watching the door. No one could understand why they were at the party. It was later said that they were the assassins of the famous politician, come to establish their alibis in Aylmer.

On August 10, 1921 a fire ripped through downtown Aylmer, destroying most of the buildings on the north side of the main street from the river to the municipal park. Thankfully, the British was unharmed, and opened its doors to the community, becoming a school on weekdays, the courthouse on Saturday, and a church on Sunday.

During the early 20th-century the British’s popularity began to wane. But in 1954, Joseph Tchorewski bought the hotel and undertook extensive renovations, including the addition of the large space that is now the Public House.

The new atmosphere gave the hotel a new life, and it once again became a stomping ground for Canada’s elite. Senators Paul Yuzyk and John Hnatyshyn were honored there when they were appointed to the Senate, and a Centennial Ball in 1967 brought an estimated 400 to celebrate in historical 19th-century dress. During the 1950s the British was also used in the exterior scenes of the television crime drama, R.C.M.P.

With the building of the Public House room, the British began acting as a music lounge. It even had its own in-house band. Known for its great music and welcoming atmosphere, the British had a role in cultivating local talent and attracting famous musicians to its stage. Charley Pride, Ronnie Prophet, Carroll Baker, the Family Brown, and Terry Carisse all performed inside its walls, often as impromptu shows after a sold-out concert across the river in Ottawa.

The British was designated a heritage site by the city in July 1990, but the building and its reputation had fallen into some disrepair. Major renovation work, which began in January 2012, restored the building’s historical beauty. In November 2015, The British re-opened to reclaim its place as the social and cultural heart of Aylmer.